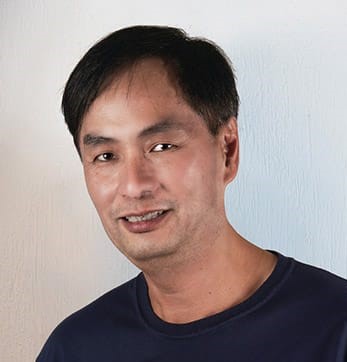 This series of blogs brings you a little closer to our active student contributors for the Google Summer of Code 2017 summer season. You will see their ongoing work featured throughout our GitHub repositories . Feel free to drop by and say hello, or start collaborating on any of the projects.Mrinal Dhar has been an enthusiastic coder from the age of nine! As a keen open source contributor since 2014, he is passionate about the potential of open source to make the world a better place. We know that he will fit into the open and welcoming culture of Rocket.Chat!Mrinal is currently studying for a B. Tech. in Computer Science and MSc by Research in Computational Linguistics at the International Institute of Information Technology (IIIT) in Hyderabad, India. He especially enjoys the strong CS curriculum, the opportunity to carry out trans-disciplinary research, and the university's coding culture.Mrinal brings a wealth of security-related experiences. Last summer, he worked as a summer student at CERN, Switzerland. He says "It was a great experience for me, dealing with real life security issues at such a massive scale". He has also worked at a number of start-up companies before, which has helped him develop an interest in the "make things quickly and don't be afraid to break things" culture.Mrinal is a dedicated open source contributor. He became a member of the community in 2014, working with the Firefox project team at Mozilla. He shares "From the moment I started, the open source community has been incredibly helpful to me, mentoring me with the initial bugs and contributing to my later work. I understand how open source is making the world a better place, and it is very satisfying, as a developer, to be able to help improve the technologies I love using".The summer's experience with Rocket.Chat will be a valuable addition to Mrinal's experiences dealing with security in the real world. He wants to add practical experience to his profile, working on a project in a team-based environment. He aims to build a career in computer security - ultimately owning his own business - so he knew that working with Rocket.Chat on an end-to-end encryption using the signal protocol would be ideal.He explains why the project will be important to both his career and Rocket.Chat "End-to-End encryption ensures that your data can be read by no one, not even the people transmitting it for you. It helps people to communicate sensitive or personal data without the risk of it being compromised by a third party, because the data is encrypted from the sender's end to the receiver's end. This feature has been added by most major messaging apps, like Whatsapp, Messenger, Hangouts, and it would be a very important addition to Rocket.Chat."The project will be primarily written in Javascript. Mrinal will be integrating the Javascript version of the Signal library (Whisper Systems) as a package in Rocket.Chat, to enable users to have end-to-end encrypted conversations.We look forward to working with Mrinal. With his passion for open source and impressive domain knowledge in computer and network security, he will be a great Rocket.Chat contributor. It will be a fascinating journey for all involved in the project - watch this space for progress updates!

Sing Li is one of the earliest contributing community members in Rocket.Chat.
Sing Li
Related Article:
Team collaboration: 5 reasons to improve it and 6 ways to master it